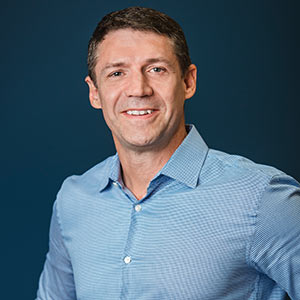 Bob Kiffney, Founder and CEO of BrainTrust
The US government is rapidly adopting data science and analytics for creating, storing, and analyzing vast amounts of data for national security. These innovations enable the government to save public funds and carry out operations more efficiently. Since 2010, the US government has leveraged these technologies to develop new techniques to analyze and store data on cloud servers to support foreign intelligence and defense missions. Processing massive amounts of data on the cloud with multiple transformations can incur significant latency. For highly time-sensitive applications, these latencies can be avoided by employing High-Performance Computing (HPC) platforms, and BrainTrust has been assisting the government to do just that.

The company’s drive for growth began when Bob Kiffney, Founder and CEO of BrainTrust, started working for government agencies when he graduated from college back in 1990. Having extensive experience working in network security for commercial companies as the lead developer, Bob founded BrainTrust in 2010. The organization, which started with just one person, now has 170 people, with several projects completed and named a Top Workplace in 2020 by the Baltimore Sun. In July 2020, Everwatch, a government solution provider, acquired BrainTrust and provided additional capital to support growth and synergies. Since then, BrainTrust has offered an even more comprehensive range of services. It has expanded its location and reach beyond its niche market. Everwatch enabled diversification of BrainTrust’s services and also can take the BrainTrust solution offerings to a larger market.

Every company invests in its infrastructure and technologies to remain competitive in the market, but BrainTrust has an ingenious way of differentiating itself. The company concentrates not only on the satisfaction of its customers but also that of its employees. BrainTrust believes it is a People Business, and as Mr. Kiffney says, “The best thing we can do is attract the best people and keep them happy. We try to be very responsive as managers, and we try to make our environment as fun as possible. We do a lot of things to engage with our employees and let them know that we really care about them.” BrainTrust rewards its employees and conducts social events to ensure that every employee is happy and satisfied with the management. It participates in several charitable events and is known for actively hiring US veterans.

BrainTrust has been continuously improving since its inception and striving to offer its clients the best solutions. With its latest development and expansions, it will not be surprising if BrainTrust becomes the HPC industry's most prominent name soon. 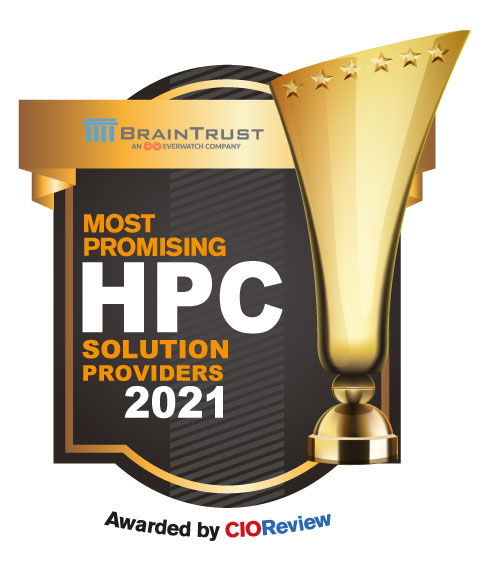 Description
BrainTrust provides high-performance computing (HPC) solutions and hardware to the US government and deploys its solutions wherever needed. Its highly qualified personnel use state-of-the-art technologies in the development of software, communications, and security systems. These are high-end solutions based on Artificial Intelligence and Machine Learning. It was acquired by Everwatch in 2020 and was named the top workplace in 2020 by the Baltimore Sun 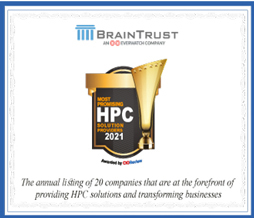 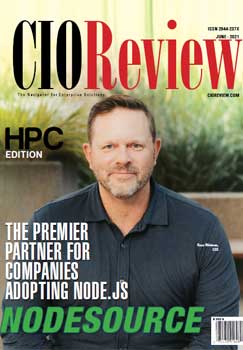