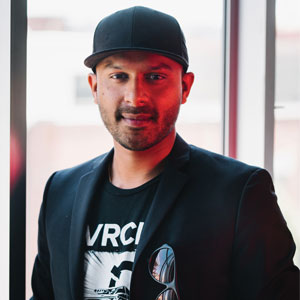 Greg Osuri, Founder & CEO
A large portrait of Bruce Lee welcomes visitors to OvrClk’s office block in San Francisco. For Greg Osuri, Founder and CEO of OvrClk, the picture serves as a reminder of the legend’s popular quote: “I fear not the man who has practiced 10,000 kicks once, but I fear the man who has practiced one kick 10,000 times.” And the ‘kick’ that OvrClk is perfecting today, promises to revolutionize the way computing power is delivered on the edge of networks.

The evolution of computing infrastructures oscillates between a centralized model and a distributed one. The world saw a paradigm shift from the former to the latter as computing power—evolving beyond hefty mainframe models—made its way into masses by packaging itself in client-server (PC) fabric. And then, it went to a more centralized model by leveraging device-to-cloud framework, the one that today’s digital world endorses and lives by. With the cloud-centric model, deploying workloads globally means dealing with higher latency, as information needs to travel all the way to the cloud repository to be processed and analyzed. Very soon, this model will evolve into a distributed one, wherein the ‘edge’ of the cloud—laid out with IoT-powered assortments such as smart vehicles, drones, robots, and payment systems— will not only generate humungous amounts of data, but also demand faster processing capabilities to sense, infer and act on the data.

The impending transformation will render the cloud as the last point of data storage, home to only necessary and filtered information that can be mobilized to achieve efficacy at a global level. “Edge computing is evidently where the future is headed, but enterprises don’t really have the type of infrastructure to handle the model that is being created,” says Osuri. OvrClk is on a mission to unlock the power of edge computing for these types of workloads. The company essentially bridges the gap between developers and operators by spurring an environment over the edge that enables each party to do what they do best: agile development and policy definition respectively. “We are a fully integrated stack. A developer or an operator using our stack does not need an external partner to get through the workloads. The high-speed line that we offer is beyond anything that the traditional cloud provides,” states Osuri.

While edge computing is looked upon as the future of cloud technology, Osuri points out that it is difficult to maintain consistency while working on edge in terms of scheduling storage with an ability to deliver, debug, and deploy. Fault tolerance is yet another issue that CIOs face. To address this challenge, OvrClk leverages VPN backed Linux containers for its federated networks that span globally through cloud and data centers. The company’s novel approach to implementing managed pattern abstraction on to a serverless ecosystem takes away the daunting task of customers having to figure out the intricacies of globally replicated databases.

We are a fully integrated stack. A developer or an operator using our stack don’t need an external partner to get through the workloads

OvrClk’s ‘consistency layer’ atop the traditional database layer makes it hassle free for developers to configure their model. Citing an interesting analogy, Osuri associates the functionality of inferring patterns with the human body’s reflex action, wherein the limbs respond instantly to the stimuli without the brain in the loop.

A majority of OvrClk’s solutions are delivered via APIs today, and the company’s innovation lab has developed machine learning backed implementation strategies to take on the rapidly maturing edge computing market. For instance, one of OvrClk’s customers was tasked to deliver a customized version of Adobe’s website based on the location of the visitor—with minimal latency. OvrClk’s APIs enabled the client to cut the website’s global latency to 25-30 milliseconds from the 800-millisecond global average. Osuri recalls the success story of another client, a music streaming service that had to cater to a global audience without interruption. With OvrClk, the client’s service could be availed seamlessly via VPN even from isolated internet ecosystems such as the ones in China. The value proposition of OvrClk’s offerings tend to be more profound in areas without an established cloud backbone such as the electric grid layouts in China wherein the data on site tends to be relayed heavily via telephone lines. The company is also in collaboration with a leading vehicle manufacturer to enable processing of workloads within the driverless cars itself, helping it to run smoothly even on closed networks.

Geared Up for the Future

The success of OvrClk comes from the deep knowledge that Osuri and Adam Bozanich, the Co-founder of OvrClk, has on data performance, and the effects it can have on the growth of an enterprise. Osuri is the founder of AngelHack, which is regarded as one of the world’s most popular developer ecosystem with more than fifty thousand developers across the globe. It is credited to be an institution that singlehandedly bought hackathons mainstream for real world benefits. “The tools for development have become very crucial today, especially as companies need to address the humungous amount of customer requests on a daily basis. Instead of focusing just on what developers need, we also focus on why and how they need to do the thing. That is our proposition.” says Osuri.

Looking ahead, Osuri is confident about the company’s growth trajectory. Recently, major CDN providers have also approached OvrClk to improve their delivery model. “We see a better world when every interaction on any device responds within 100 milliseconds—the threshold for cognition to feel a sense of continuity. That’s what we promise our customers right now,” concludes Osuri. 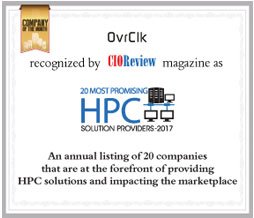 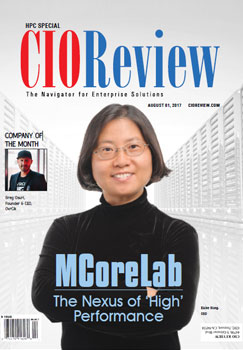