Arm - Solutions/Service Company
Arm: The Next Leap in Supercomputing 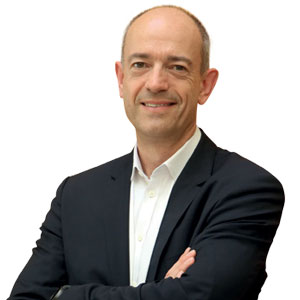 Simon Segars, CEO It wasn't long back that HPC was largely a domain reserved for theoretical scientists and engineers to solve compute-intensive problems in drug discovery, molecular dynamics, or to run complex energy grids. But with enterprises generating massive amounts of data alongside the widespread use of IoT, HPC has become an obvious choice across industries from manufacturing to education for high-speed data processing with accuracy. Research indicates that the global HPC market standing at $32 bn is expected to reach $44 bn by 2022, with the APAC market expected to witness a consequential growth, mainly due to the large-scale adoption of cloud-based HPC solutions in these regions. For close to a decade now, Arm the world's leading technology provider of silicon IP and custom SoCs that power billions of devices, has been pioneering a disruption in HPC. Founded by a dozen engineers working from a converted barn in Cambridge, UK, today the company is one of the best-known 'Silicon Fen' companies whose designs are potentially used in the world's most powerful supercomputers. The company functions as the core of the computing and connectivity revolution, by supplying microprocessor technology, and along with bigwigs such as HP, Cavium, and Fujitsu provides essential software and silicon chips that power sensors to servers and supercomputers with accentuated performance and efficiency. With over 1000 technology partners that include the most eminent brands, Arm is pioneering innovation into all areas of compute from the chip to the cloud.

When it comes to powering HPC in multimedia, the company's Arm Mali is a series of processors and scalable IP that drive the ultimate visual experience across devices such as high-performance smartphones, Android OS-based tablets, and SmartTVs. An awe-inspiring design innovation by Arm, straight out from the pages of science fiction is BB-8, a small robot that is controlled with a smartphone or tablet application. The droid from the connected-play specialist Sphero brings imagination to life and uses Arms's sensors and processors. Its cutting-edge features are powered by an STM32 F3 series SoC that features the Arm Cortex-M4 processor and the application uses augmented reality to transform recorded video messages into virtual holograms. This device is unmistakably the future of play.

In addition, for organizations looking to design a high-efficiency IoT endpoint or a high-performance server, arm's System IP is the right choice.

In the age of data center infrastructures, a top priority for firms is to house high-density and robust HPC servers that can support dynamic workloads, and Arm now makes it possible. Configurable for many different applications, System IP is not only highly reliable but it provides design teams with the foundation for building next-gen systems. One of their most notable contributions is for Avantek, a UK-based company that uses Arm-based servers which are high-performance, low-power solutions, capable of handling complex data center requirements.

Behind Arm's pervasive compute technology that the world has ever seen is CEO, Simon Segars who has been associated with the company since its inception in 1990. He oversaw the development of early ground-breaking Arm processors that powered the world's first digital mobile phones. Segars continues to make great leadership strides and he also steered the company through the 2016 acquisition by SoftBank, a Japanese multinational holding conglomerate.

Always one step ahead of their peers and for the maximum benefit of their clients, Arm offers a strong team of HPC experts and rich development resources on demand that engage with strategic end-users in support of their deployments and ecosystem requirements. The Arm architecture enables partners to build their products in an efficient, affordable, and secure way. As an extension of this architecture is the Arm Innovator Program, in collaboration with Hackster. io, a community dedicated to learning hardware to support the global ecosystem of Arm developers. Extending the Arm knowledge, the company even supports a selected number of training partners to deliver certain training courses under a license.

To keep up with the challenges of the ever-increasing computing power of clusters and supercomputers, ARM acquired Allinea Software, a leading provider of software tools for HPC used by a range of supercomputing national labs, universities, and private companies.
The acquisition enhanced Arm's long-term growth strategy in HPC to engage with new markets and technologies. Today, the Arm Allinea Studio is a complete suite of high-performance tools for developing Arm-based servers and HPC applications and includes the Arm Forge, Arm C/ C++ Compiler, Arm Fortran Compiler, Arm Performance Libraries, and Arm Performance Reports. As new Arm-based infrastructure is developed by industry giants such as Cavium and Qualcomm, it’s important for HPC users to be able to run their applications on new hardware solutions. Such developments, along with the availability of a complete tools suite from Arm signal an unprecedented opportunity for HPC. Recently, the company announced the availability of Arm Allinea Studio 18.2 version with key new enhancements in compiler and libraries.

Enabled by Arm Mbed hardware and software development kits and compiler services is the BBC micro:bit, an easy-to-use pocket-sized, programmable device that introduces children to coding. It is being offered free to year 7 students across the UK and can be physically linked to other devices via Bluetooth smart technology and programmed using software available on the micro:bit website. The micro:bit features the nRF51822 SoC from Nordic Semiconductor that utilizes an Arm Cortex-M0 processor. The project is a revolutionary step that not only allows kids to be innovative but also is a step in favor of the 'Make it Digital' initiative.

To accelerate the growth of the burgeoning Arm HPC ecosystem and to provide researchers with the latest production platforms to help them succeed in advanced scientific research, another endeavor by the company is the “Catalyst UK” program. The program calls for establishing supercomputer deployments at three leading universities, Bristol, Leicester, and Edinburgh.

Currently, 13 companies, research institutes, and Universities, including Arm Research, are collaborating in the H2020 Modular Microserver Data Centre (M2DC) project on the development of turnkey appliances, which can be easily configured, produced, installed and maintained. The basis for these appliances is the M2DC server, a modular, highly-efficient, cost-optimized server architecture, seamlessly integrating heterogeneous microservers and hardware accelerators. M2DC enables customization and smooth adaptation to various types of applications, while advanced management strategies and system efficiency enhancements (SEE) will be used to achieve high levels of energy efficiency, performance, security, and reliability. Arm-based products are also gaining popularity internationally, primarily in the case of Marvell’s ThunderX2, and so far results indicate market-leading performance. The company is also looking forward to developments on Fujitsu’s recent announcement of the A64FX™ CPU, a supercomputer being designed in collaboration with Riken, a large research institute in Japan. A64FX will be the world's first CPU to adopt the Scalable Vector Extension (SVE), next-generation SIMD instruction set for Armv8-A or supercomputers. Given their exciting product announcements and progressive partnerships, Arm is nothing short of the future of HPC disruption. 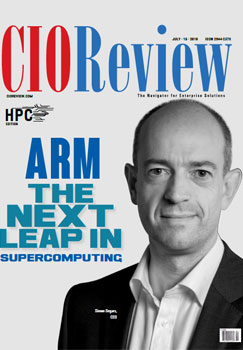