The Potential of Autonomous Vehicles

The Potential of Autonomous Vehicles 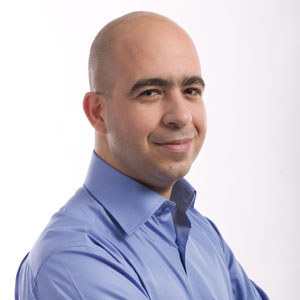 Cognata provides a fast lane to autonomous driving with its testing and evaluation solution for self-driving vehicles. The company's simulated testing and evaluation environment shaves years off the validation time by providing a realistic automotive simulation platform where virtual cars travel virtual roads in virtual cities.

Automakers and lawmakers alike are excited about the potential benefits of autonomous vehicles. They could eliminate drunk and distracted driving accidents, prevent collisions caused by human error and improve transportation efficiency.

That’s the dream – but it will take billions of miles to get there. According to Rand Corp, self-driving cars will need to drive 11 billion miles to match a human’s level of error. This includes the many mistakes that are made every single day, along with the countless maneuvers (subtle or otherwise) humans employ to safely reach their destination.

Autonomous vehicles have a long way to go before they can reach that level. Despite the many years of tests already conducted, AV developers have only driven a few million miles collectively.

This challenge is further exacerbated by an abundance of laws that only allow AVs to be driven in select jurisdictions. If cars are not allowed to drive themselves through every environment, how will we ever get to deployment?

Even as the laws evolve it will be extremely difficult for developers to amass enough miles. It could require several years of driving, spread across thousands (or millions!) of cars, to prove that the technology is safe.

Simulation also removes the need for a safety driver, which is often required when AVs are being driven within an improved jurisdiction ​

OEMs and Tier-1 autonomous vehicle manufacturers can bypass the costs and challenges of time-consuming road tests by relying on simulation.

There are a number of key advantages worth noting:

• Virtually drive at any time in any location
• Simulate road tests in cities anywhere in the world – including those that do not currently allow AV technology to be tested
• Learn more about how AV technology performs in a multitude of environments
• Apply potential hazards (accidents, inclement weather, potholes, sinkholes, falling rocks, etc.)as desired
• Recreate accidents and other driving scenarios to build better cars and produce safer outcomes

A proper simulation platform allows developers to virtually test how a self-driving car will handle any number of situations. This makes it possible to perform a cornucopia of tests that would not be allowed on real roads.

Simulation also removes the need for a safety driver, which is often required when AVs are being driven within an improved jurisdiction. This is important because many experts think that full autonomy cannot be achieved on vehicles that maintain pedals and steering wheels. They argue that if drivers are allowed to take control, they could inadvertently cause an accident.

By simulating the entire experience, OEMs will get a better sense of what happens when drivers become passengers and are no longer allowed to intervene. This will help them implement new features faster, and decide the right time to remove elements that are no longer needed.

That said, automakers should continue to conduct real road tests. Their cars need to drive as many miles as possible to achieve the level of safety that consumers will not only expect but demand from their products. When combined with a high-end simulation platform, the hurdles of AV testing are greatly reduced, paving the way to faster deployment.

THE CHALLENGES OF CYBER-PHYSICAL SYSTEM SECURITY

How to Build an Effective Content Strategy Others Will Envy

A Collaborative Approach to Wealth Management