DOE supercomputers poised to lead next era of innovation

DOE supercomputers poised to lead next era of innovation 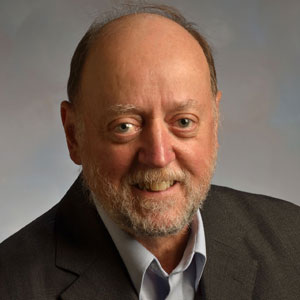 The Department of Energy’s supercomputers are more than simply a matter of national pride; they are an indispensable tool for technological progress and American economic competitiveness.

Over the past 20 years, our determination to maintain our nuclear weapons stockpile without testing drove the DOE to develop computers that could model nuclear processes down to tiny fractions of a second. That meant raising the processing speed of the world’s best computers by a factor of 10,000. Last year we invested $550 million into new high-performance computing (HPC) centers, bringing multiple national laboratories together to increase our computing capabilities a further five- to seven-fold.

These future computers, which are approaching the exascale, will be an entirely new breed. Whereas HPC currently describes computers capable of hundreds of petaflops, or 100 X 1015 floating point operations per second (FLOPS), exascale systems will be capable of 1018 FLOPS, or three orders of magnitude more powerful than the most powerful systems in the world today.

These systems are not only fast, but they handle big data in entirely new way. They open avenues for techniques in artificial intelligence, data science, and simulations that can tease out new insights, and the centers that host them are laying the groundwork for exascale systems. Such systems will be necessary to adequately understand the complexities of cancer and countless other physical processes that can be tailored to vastly improve our world. These include:

• Investigating the effect of various drugs on the heart.
• Understanding how the ocean responds to climate change.
• Exploring ways to eliminate friction in novel materials.
• Modeling nuclear explosions eliminating the need for real-world testing.
• Exploring our enormous universe in 3D.

Of course supercomputers have long had, and are having a profound impact on the world.

Consider a hospital in Kansas City, Missouri that used HPC to analyze 120 billion DNA sequences, narrowing the cause of an infant’s liver failure to two possible genetic variants; the accurate diagnosis helped save the baby’s life. Or engineers at General Motors who have used supercomputers to simulate crash tests from every angle, test seatbelt and airbag performance, and improve safety. Or, finally, a Philadelphia consortium dedicated to energy efficiency that used high-performance computing to create greener buildings by simulating thermal flows.

Exascale computing will provide capability benefits to a broad range of industries including energy production, pharmaceutical R&D, aircraft and automobile design, and many others, allowing a vast spectrum of industry to more quickly engineer superior products that could improve our nation’s competitiveness. In addition, there are considerable benefits outside of R&D that will result from meeting both the hardware and software challenges posed by HPC. These include enhancements to smaller computer systems and many types of consumer electronics, including smartphones and cameras.

The “trickle down” will affect consumers via smaller and faster devices that use less power and are fault tolerant.

But HPC’s greatest asset is its enabling of simulation—that is, the numerical computations necessary to understand and predict the behavior of scientifically or technologically important systems— to accelerate the pace of innovation.

Simulation also accelerates the progress of technologies from laboratory to application, as advanced computers allow for more precise simulations and thus more confident predictions. The best machines today are 10,000 times faster than those of 15 years ago, and the techniques of simulation for science and national security have been drastically improved over this period.

Sustaining and more widely exploiting the U.S. competitive advantage in simulation requires concerted efforts toward two distinct goals: we must continue to push the limits of hardware and software, and U.S. industry must better capture the innovation advantage that simulation offers.

Bringing such innovation to large and small firms in diverse industries, however, requires public-private partnerships to access simulation capabilities largely resident in the nation’s national laboratories and universities. We are always looking to improve and evolve these partnerships to maximize HPC’s benefit to both industry and society as a whole.

When it comes to HPC, the sky is truly the limit. The design and operation of these immense resources are necessary to both keep America competitive and overcome the most daunting scientific challenges the world has to offer.